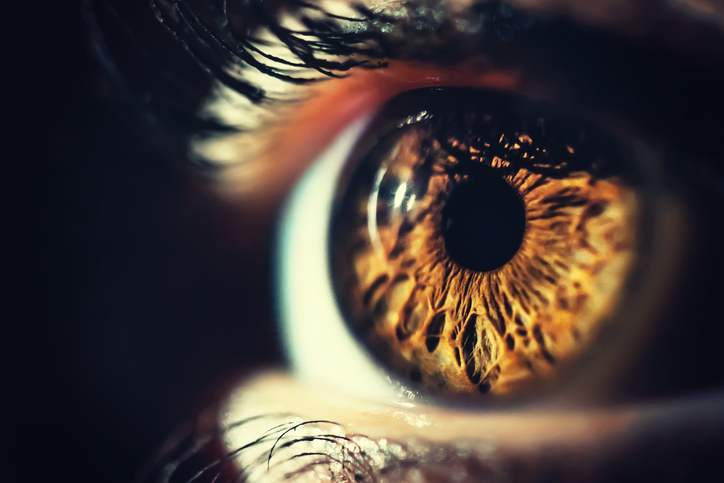 Avoiding a PR Nightmare: How Spark Therapeutics Overcame a Potential Crisis in the Launch of Their First Gene Therapy

On December 19, 2017, the FDA approved a novel gene therapy that treats diseases that affect vision. Luxturna™, from Spark Therapeutics, treats a number of retinal diseases caused by a mutation in the RPE65 gene, which collectively affect about 1,500 people in the United States and can cause anything from a loss in peripheral vision to total blindness. A surgeon administers the therapy by injecting healthy copies of the RPE65 gene directly into a patient’s eye, wherein the patient’s retinal cells take over and create copies of the new gene, as if the gene was their own.

During clinical trials, the treatment gave sight to the blind. An advisory panel reviewed Spark’s phase 3 trial in October 2017; they reviewed strong positive data and listened to impassioned testimony from patients who the treatment had helped. The advisory panel recommended Luxturna’s approval with a 16-0 vote, and in December of that year, the FDA voted unanimously to approve it. Spark announced the approval in a press release and noted that they’d share the price of the treatment in early January.

When An Angle Overtakes The Lead PR Story

At the time, the mere concept of a one-time gene therapy drew the attention of Wall Street speculators who had seen similar treatments reach outrageous prices in recent months. They estimated that Luxturna would carry a price tag around one million dollars.

This price point news fit within an uncomfortable context for the pharmaceutical industry. Pharmaceutical industries are still reeling from the media’s unrelenting coverage of Martin Shkreli and how his story gave each major candidate in the 2016 presidential election a reason to focus on the cost of prescription drugs during their campaigns. The high cost of pharmaceutical drugs is one of the most universally accepted issues in the United States, and recently the FDA even vowed to combat drug companies who are “gaming the system” to drive up prices. Given the political climate surround drug costs, the business media was eager to pick up the story.

Subsequently, when Spark set the price for Luxturna on January 3, 2018 (a hefty but estimate-beating $850,000), they also released a statement announcing several unprecedented programs that would reduce the financial risk to payers, hospitals, and patients, and therefore make their product marketable. For example, the company introduced a new contracting model that helps hospitals avoid the financial burden of purchasing the treatment upfront. They also proposed a way for payers to pay for the treatment in installments to the Centers for Medicare and Medicaid Services, reducing their financial load. Finally, they offered a performance-based rebate, through which the amount patients were to pay for the drug would depend on how well the treatment works for them.

In their statement, Spark’s CEO, Jeffrey Marrazzo, spoke of his ambition to see the treatment’s affordability become a team effort among Spark, payers, and providers. The statement highlighted many cases where Spark is working directly with key stakeholders to set the new precedent of making one-time gene therapies financially accessible to the average patient.

With these conditions in place, the embargo was lifted. The price certainly made headlines: NBC, CNBC, Forbes, the LA Times, The Washington Post, and STAT News all chose to list the treatment’s price at the top of their stories. The next week, Reuters reported that the Institute for Clinical and Economic Review (ICER) concluded that the drug was priced too high.

But most of these articles also discussed Spark’s new payment programs at or near the top, producing generally balanced coverage. These stories picked up on the three major efforts Spark introduced in its statement to help relieve the burden on payers, providers, and patients, respectively. Some stories even quoted the release, highlighting Spark’s efforts to position itself as an advocate for reducing drug prices. Marrazzo also made several television appearances to reinforce what he said in the statement.

Refocusing The Story: Luxturna Gets its First Customers

Spark’s public relations push gained a breath of fresh air in March, when the company announced it had gained its first two customers: a 13-year old named Jack Hogan received the treatment on March 20 in Boston and a nine-year old boy named Creed Pettit received it the next day in Miami. Both surgeries succeeded, and the families of both patients were comfortable speaking to the media about the boys’ positive outcomes. Jack’s case, unfortunately hit a snag: his parents encountered issues gaining insurance coverage for the procedure, and this put the treatment’s immense cost back in the headlines. STAT, Vox, and the Boston Business Journal all covered this aspect of the story.

Spark did not post any announcements about the two boys, but as expected, the patients’ success stories kept the media coverage of Luxterna positive. Rather than focusing on Spark, STAT pegged the insurance company as the villain, while Vox interviewed Dr. Steve Pearson, the president of ICER, who blamed the healthcare industry as a whole. He claimed that the price of Luxturna is simply a symptom of the larger problem of high drug costs across the healthcare industry—a point that Marrazzo initially cited in his January statement and sought to overcome.

Meanwhile, other major publications released a slew of positive, patient-oriented stories about Creed Pettit’s surgery. Newsweek, The Orlando Sentinel, The Daily Mail, and Mashable published stories focusing on the boy and his wish to regain his vision. The Sentinel was a good public relations choice – the paper is local to Creed’s hometown, which meant they’d be more likely to focus on the boy instead of the treatment. Mashable was also a smart move, since they tend to center their coverage on science and technology, which they ended up doing in their piece, rather than focusing on pricing and the financial aspects of the story.

On April 1, The Seattle Times reported on a third patient who received the treatment: Toby Willis, a 44-year-old man from the area. This story focused on Toby’s condition and his surgery, only making a brief mention of the price tag. Fortunately, his insurance pulled through and paid the hefty price, potentially saving Spark from another threatening story angle.

This case study explores how one carefully planned statement can set the tone for media interpretation of an issue and an associated series of events. Spark knew Luxturna would gain them praise from the medical community as a paradigm-shifting treatment, but they also knew that the treatment’s price would start new conversations about the outrageous price of medical treatments. Spark’s announcement detailing their efforts to lessen the impact of Luxterna’s cost was picked up swiftly by the media, turning potentially negative coverage surrounding Luxterna’s cost into a series of balanced reports that took a more realist view of the conditions at hand. Additionally, the focus on telling the story through media outlets that were likely to sympathize helped limit detractors.

With a strong public relations effort and successful clinical results on their side, the story of the Luxturna stayed mostly positive, much like Spark’s brand reputation. Only time will tell how Spark’s public relations efforts will ultimately impact how Luxturna and other gene therapies affect care modalities…and patients’ wallets.

Let us partner with you on your public relations strategy. Contact CG Life.