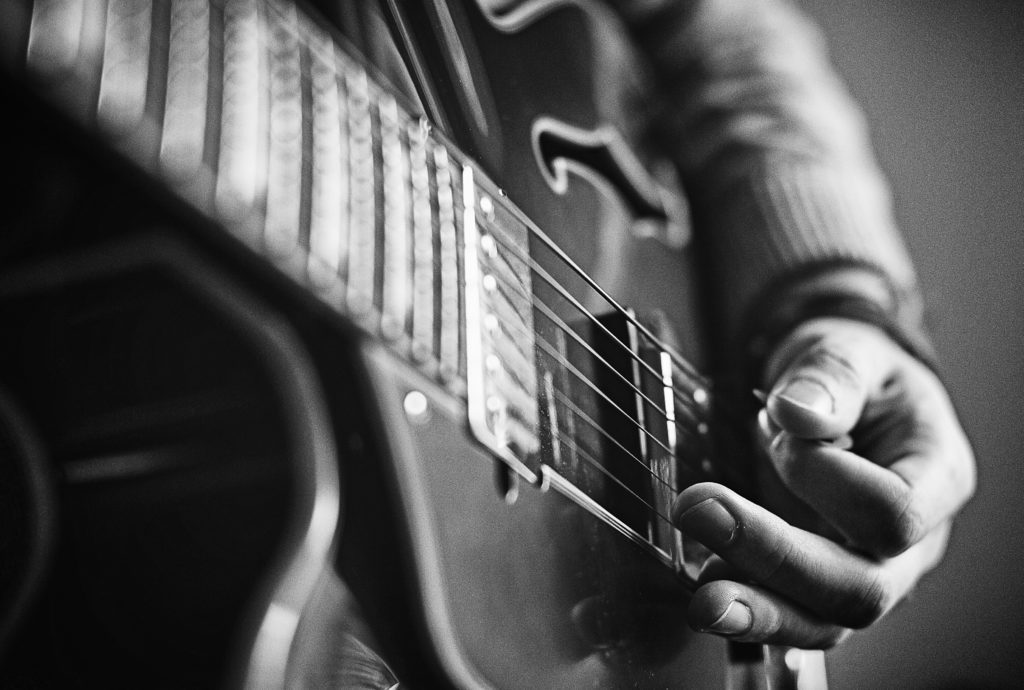 Out Of The Black And Into The Blue

I still recall fondly the many times that friend, business partner, and Altered Stage founder Jeff Bergau suggested that I “jam a few tunes” at our annual gathering. Year after year Jeff would try to convince me to play… something… at the summer party and every year, without fail, I would ask if there was an opening for tambourine. After all, despite my lifelong love of music, I was unable to play any musical instrument.

Then, three years ago, everything changed. I don’t know quite what was going through my head when I told Jeff a week before the party that I would somehow play guitar on one song. Somehow.

In his excitement at having finally worn me down, Jeff sprung into action. He introduced me to Jason Steele at Altered Stage and assured me that if anyone could teach me to play guitar on short notice, it would be him. I had my doubts considering that I’d never picked up a guitar in my life and had only a few days to learn whatever I was going to learn.

That Monday evening, with the main event occurring that Thursday evening, I met with Jason for the first time. He immediately put me at ease and talked through the basics of the guitar and talked about my musical tastes. I soon realized that he was looking to pinpoint a song I could learn from among the music I already knew. This would increase my chances of not completely blowing it.

Over the course of three evenings, Jason taught me five chords (A, E, Em, C, and D) so that I could play Pearl Jam’s Black — a song that I’ve loved since I first heard it back in ’92. I practiced day and night until my fingertips were raw and all I could hear in my head was that song. Jason’s patience and positivity with an entirely green student such as myself gave me the confidence to take that leap.

Thursday came and my nerves were aflame as I walked up those steps to join the band on stage at the Paramount Room. Jeff, Jason, and others in the band were encouraging me as I plugged in the cherry red Fender Stratocaster guitar. I heard very little of it as my head swam with emotion. My vision blurred as I looked out at the more than one hundred people in the audience. I felt as though there were 100,000 people out there in the crowd. My hands felt heavy, my mouth went dry.

Fortunately, before I could think too much about it, we dove into the opening notes of the song. Away we went. I doubt that anyone in the crowd would have mistaken me for Stone Gossard of Pearl Jam, but we delivered a pretty solid performance. The adrenaline and realization that I’d conquered that fear has carried me ever since. 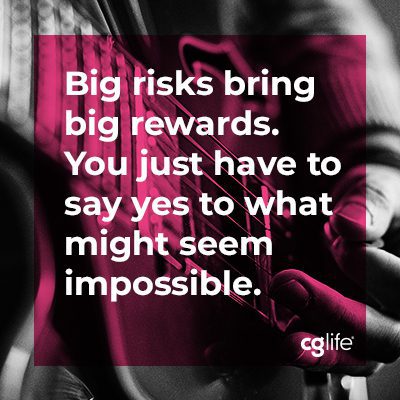 Since that night, I have come to love playing guitar and pushing myself to move beyond the safe and comfortable. I bought a Fender Strat of my own and have continued to grow as a musician. Yes, I now call myself a musician.

I’ve always liked to take risks in life because that’s how we grow as humans. And, I’ve always loved music, but I never realized that my love of music was held back by my inability to play it. In those few moments under the lights of the Paramount Room, I was freed from the fear that had held me back. That night I discovered that fear of failure is worse than failure itself.

In March of this year, I joined my teenage son on stage at Reggie’s for the Altered Stage show. He sang and I did my best not to get choked up as we played some Zeppelin and Ramones tunes. That day is one that I will always carry with me, and it would never have been possible if I hadn’t said yes to the possibility of finally learning guitar.

Friends, big risks bring big rewards. You just have to say yes to what might seem impossible.