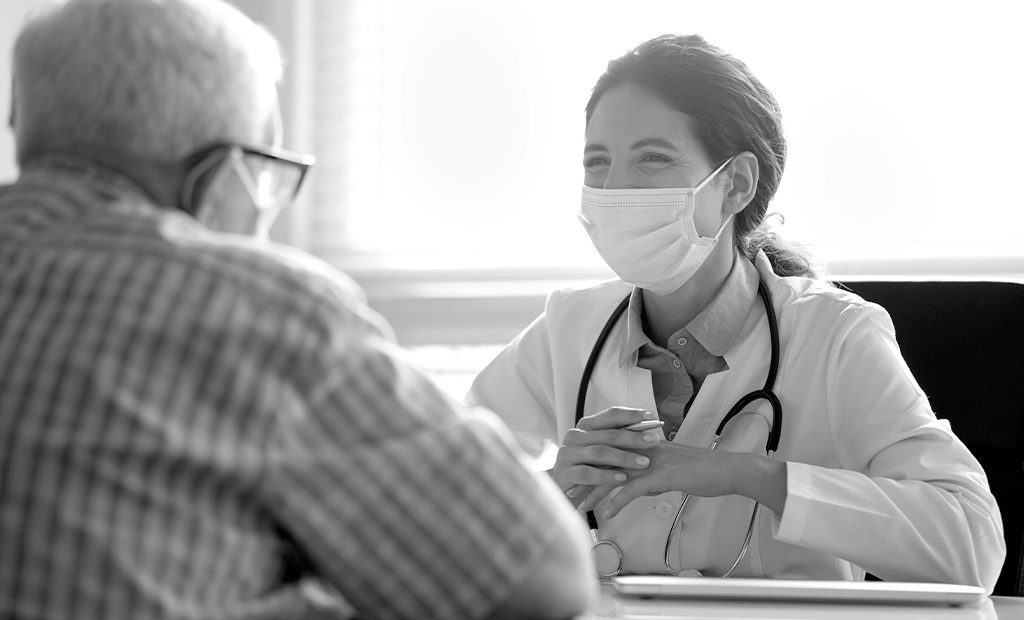 Transforming Patient Care in the New Age of Gene Therapy

After decades of fits and starts, it looks like gene therapy is finally on its way to becoming a reality for many patients. Scientists and medical professionals often refrain from referring to a medical treatment as a “cure,” but gene therapy feels different. Never have experts talked about the prospect of curing disease with more aplomb.

Gene therapies correct disease-causing mutations by providing patient cells with a new genetic template that can restore healthy gene expression and tissue function. Given their potential to create a direct and sometimes even permanent correction, gene therapies hold the potential to more meaningfully treat a variety of troublesome genetic illnesses that have plagued humans for centuries—from sickle cell anemia to cancer.

Standing at the cusp of such an exciting and impactful moment in medicine, we are now more certain than ever that gene therapies can provide life-changing benefits to many. Peering towards the horizon, this blog reflects on what gene therapies may mean for patient care and examples of their earliest disease targets.

A Massive Shift in Patient Care

Besides the obvious medical benefits, experts are just realizing the massive impact such genetic treatments could have on their patients’ quality of life. This new generation of gene therapies might transform patient care as we know it.

When a physician encounters a patient with a genetic illness, their top priority is to make sure their patient lives as long as possible with the greatest quality of life possible. Genetic illnesses not only lower life spans and produce physical disabilities; they can affect every aspect of someone’s life, from their mental health to their personal relationships to their career prospects.

A physician knows that by better treating their patient’s illness, they are giving them a chance at living a fuller life—even if they are not able to provide a true “cure.” This essential goal lies at the center of modern medicine. With genetic therapies that more closely target the root causes of these diseases, patients may be able to reclaim significant aspects of their livelihoods that healthy individuals take for granted. Even if a specific gene therapy doesn’t provide a full “cure,” they represent monumental gains for patients, their friends, and family.

Meanwhile, gene therapy would also make a difference for hospitals and physicians. Without having to shoulder the burden of ongoing patient care for these severe genetic illnesses, hospitals may be able to free up beds for patients with other common chronic illnesses, like diabetes or heart disease. Plus, more physicians might be able to shift their focuses to wellness care. Gene therapy might even help streamline medical care by simplifying a patient’s treatment regimen. In turn, this can reduce the mental, emotional, and physical burdens placed on clinicians, which might help prevent burnout.

A physician for whom administering palliative care has become routine might find a new purpose in medicine by focusing on restoring health to their patients and keeping them out of the hospital. Both patient and doctor will no longer be burned by the prospect of facing a never-ending illness, freeing them to set new goals and live more meaningful lives.

To help emphasize the profound possibilities for gene therapies, let’s dive a bit deeper into some of the diseases they target.

Many of the gene therapies in development or on the market today target those conditions that diminish peoples’ livelihoods the most. There are few clearer examples than spinal muscular atrophy (SMA). SMA affects 10,000 to 25,000 children and adults in the United States alone, making it one of the most common rare diseases. SMA causes significant impairments in muscle tone that affect the patient’s whole body. In the most severe cases, infants show reduced muscle growth from birth, lack reflexes, have trouble swallowing and feeding, and struggle to breathe. They need 24-hour care. Without treatment, these children often tragically die before they turn two.

SMA is caused by a mutation in the SMN1 gene, which normally aids healthy motor neuron function. A gene next door to SMN1, called SMN2, can make the disease worse if too many copies of it are present in the genome. Nusinersen, the first drug approved that treats SMA directly, stimulates alternative splicing of SMN2 mRNA, essentially converting it into SMN1 transcripts. In turn, this increases SMN protein levels in the patient and helps restore normal function. The drug, approved in 2016, isn’t technically a gene therapy, but it acts like one.

In clinical trials, Nusinersen enabled 40% of infants with SMA to reach major developmental milestones, such as sitting and standing. While impactful, Nusinersen was only a first step. It doesn’t correct the genetic mutation that causes SMA in the first place and isn’t permanent. After an initial series of doses in the first month, the drug must be administered into the spine every four months over the patient’s lifetime to prevent the disease from progressing.

1,000-2,000 Americans have biallelic RPE65 mutation-associated retinal dystrophy. The RPE65 gene gives rise to a protein that is essential for vision, and mutations in the gene cause progressive vision loss. By their 30s, all affected individuals become legally or completely blind. Many children with this condition experience behavioral issues and trouble learning. Until recently, the only advice doctors could offer was to eat a healthy diet containing essential nutrients that support vision. The damage to the retina cannot be remedied using traditional pharmaceuticals or surgery.

Cystic fibrosis (CF) is another debilitating condition that gene therapy developers have targeted and made progress towards treating. In the US, about 30,000 people are currently living with CF, with an additional 40,000 cases worldwide.

In patients with CF, sticky mucus accumulates on all of the organs in the body, causing global organ damage. The mucus destroys the lungs, which makes it hard for patients to breathe. Patients have to take drugs that loosen the mucus and undergo chest therapy, so they can cough it out and reduce lung pressure.

Meanwhile, the gunky environment of the lungs makes it a breeding ground for deadly bacteria, forcing patients to undergo repeated rounds of antibiotic treatments. The mucus also damages the pancreas, which leads to other conditions, like diabetes and a lifetime of digestive issues. The combination of CF medications and the mucus-associated damage eventually choke the kidneys. Often, CF patients’ last hope is to undergo a lung transplant, which effectively replaces the CF in the patient’s lungs. However, this can create another impending problem: the threat of organ rejection, which itself threatens their lives.

Altogether, the constellation of medical issues associated with CF require frequent and prolonged hospital stays, time-consuming chest physical therapy, and ongoing use of medication. Thus, it heavily interferes with a patient’s personal relationships, education, and work, massively limiting their quality of life before the disease ultimately takes their lives in their 30s to 50s.

All of these symptoms and associated troubles are caused by mutations in the CFTR gene, which produces a protein channel that helps the body maintain its salt balance. Trikafta, a drug approved in 2019, helps remedy the broken ion channel that causes CF. Like Nusinersen, it is not a gene therapy, but it targets the direct cause of the disease. In clinical trials, the drug caused a 10-14% increase in patient lung function.

Treating SMA, Blindness, CF, and Other Diseases with Gene Therapy

Although Nusinersen and Trikafta come closer to effectively treating these diseases than any treatments that have come before them, they are neither comprehensive nor permanent solutions. Yes, they offer a marked improvement in the standard of care, but these drugs do not offer relief to all patients. Plus, they require that patients undergo regular treatment.

Gene therapy, on the other hand, goes a level deeper. It doesn’t just treat the symptoms, nor merely compensate for the damaging effects. It corrects the underlying genetic cause of the disease. In an ideal scenario, a patient’s symptoms could abate or never manifest at all, and the patient can live a relatively normal life after one treatment.

It’s hard to fully grasp the impact gene therapy will have on patients until we start to see real-life examples. Some gene therapies are already on the market today, and early data has shown that these therapies don’t disappoint.

For example, in 2017, the FDA approved a novel gene therapy, Voretigene neparvovec or Luxterna®, that treats biallelic RPE65 mutation-associated retinal dystrophy. It was the first gene therapy ever approved by the FDA, and it was also the first treatment available for patients with this rare vision disorder. (The therapy also brought with it an astronomical price tag, which I wrote about here).

A surgeon administers the therapy by injecting healthy copies of the RPE65 gene directly into a patient’s eye, wherein the patient’s retinal cells take over and create copies of the new gene. During clinical trials, the treatment gave sight to the blind.

In 2019, the FDA approved a gene therapy that treats SMA: Novartis’ Zolgensma. One dose of Zolgensma during infancy led to prolonged survival, helped infants achieve their developmental milestones, and kept them off ongoing ventilation for four years during the course of the trial.

For cystic fibrosis, gene therapy brings new hope, with a number of efforts underway to finally cure patients and overcome decades of drug development challenges. Currently, several CF gene therapies—including both integrating and non-integrating gene replacement therapies—are actively being investigated for their clinical potential. For example, a gene therapy for cystic fibrosis is currently undergoing Phase I/II clinical trials. The treatment is designed to restore CFTR function by delivering normal copies of CFTR mRNA to the lungs. Once inhaled, the mRNA should be translated in into working CFTR channels and relieve patients’ symptoms.

The Road Ahead for Gene Therapy

Restoring sight, preventing paralysis, and cheating death sound like miracles. However, gene therapy is making these kinds of strides possible thanks to massive scientific and technological advancement. These therapies are protecting, restoring, and lengthening lives. Importantly, the potential for gene therapies extends well beyond the examples discussed above. To this point, there are approximately 450 recruiting or active gene therapy trials taking place in the US (as of May 1st, 2021).

Of course, while this bevy of clinical research generates a lot of optimism, it’s important to remember that these treatments are still in their infancy. With certain questions unanswered, it’s hard to know exactly how much of a “cure” each of these therapies will offer. For example, Zolgensma can’t reverse the previous damage done by SMA, and those treated with it still require careful disease management. Though it provided substantial gains for these children, it’s hard to label Zolgesma an outright “cure.” Essentially, there’s still room for improvement.

That said, this progress provides real hope; something sorely missing in some disease communities. For the time being, holding on to that optimism is worth a lot. Who knows, perhaps a child with SMA who has received Zolgensma or an infant who benefits from a future CF gene therapy, will one day grow up to develop a new gene therapy that will help save the lives of patients with another genetic illness! Doors are opening, and we are excited to see what’s next.