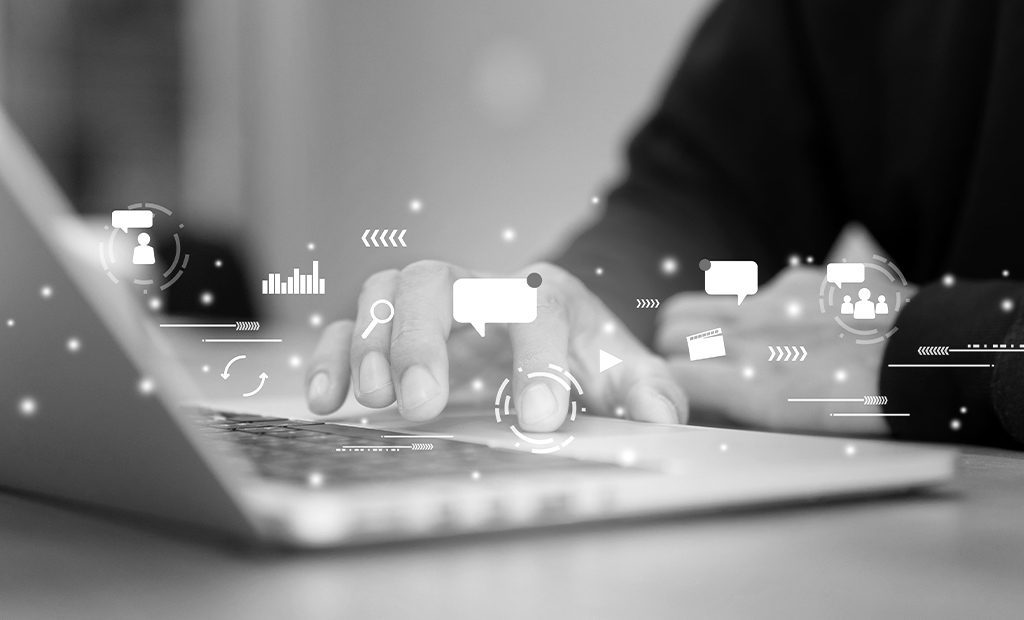 We have witnessed an unprecedented shift in the ways that scientists communicate their research as a result of both working more from home and the pressing need for pandemic information. Instead of remaining beholden to the lengthy peer-review process, scientists are fast-tracking the publication of their manuscripts on preprint servers, in hopes that getting their data out fast might provide others with key information and tools to combat the virus and save lives. In addition, many are engaging outside the Ivory Tower and have turned to direct public engagement, using social media and personal blogs to tell their stories. Speaking out more directly allows them to utilize their voices to educate the public, defend science from political squabble, and quell misinformation.

Normally, when a scientific finding is made, it is written up in an article and then submitted to a peer-reviewed journal for publication. However, the entire peer-review process can take months, if not years (speaking from experience). While it is undeniably valuable to have research undergo review by expert biomedical scientists, chemists, biologists, and virologists, the scientific community quickly realized that the slow pace of peer review was not a match for the rapid spread of the virus. Instead, many have turned to preprint servers to make their results publicly accessible.

Preprint servers have actually been around for about 30 years, initially established so that scientists could share unpublished manuscripts and collaborate with peers independently from peer review. Originally, they were a convenience for researchers in highly competitive fields seeking collaborators, early feedback, and/or a timestamp on their work. When the COVID-19 pandemic hit, preprint servers became a lifeline for the entire research community. Vast numbers of researchers posted manuscripts related to the pandemic and SARS-CoV-2 on preprint servers, often with the hope of publishing in a peer-reviewed journal later on. Taking stock of the total number of COVID-19 preprint papers, there have been 5,544 published on medRxiv, 4,378 published on SSRN, 1,440 published on bioRxiv, and 259 published on ChemRxiv between the first identification of the virus on December 31st, 2019  and July 27th, 2020.

The world of preprint servers right now is like a digital version of the wild, wild west. Some papers are invaluable, while others might be misleading. In general, the onus is on the reader, rather than the expert scientific peer review, to decide which is which.

Early in the pandemic, when preprint servers became a dominant form of scientific communication, some scientists predicted that this rapidly developing body of unreviewed research would need some level of curation. Accordingly, scientists from MIT Press and the Berkeley School of Public Health launched a journal called Rapid Reviews that is dedicated entirely to selecting COVID-19 papers on preprint servers and offering public reviews. They aim to put a spotlight on the most promising research and debunk flawed manuscripts in as little as a week or two. This solution may not be perfect, and Rapid Review’s editors have a daunting job ahead of them. They must make their review process fast, while also holding preprints to a standard that is high enough to be functional to the community. Thankfully, they’ll have some help from an artificial intelligence system, which can support their efforts to dig through a mountain of work. Moreover, Rapid Reviews will complement the community review process that already occurs on all preprint servers, in which readers can publicly comment on a preprint manuscript and even voice the need for an immediate retraction.

It’s important to remember that no matter what kind of review process a journal or other outlet has in place, the massive influx of COVID-19 manuscripts has overwhelmed the system. Even the most well-respected peer-reviewed journals have slipped up and published misinformation. Recognizing and denouncing these ideas quickly, before they can be shared throughout mainstream media, is key to preventing the spread of panic, prejudice, and problematic ideologies. Earlier this year, one now withdrawn preprint helped promote the theory that SARS-CoV-2 was created in a lab and provided some people with a reason to blame China for inventing the virus. Another study that claimed to provide the first documented evidence of asymptomatic transmission was shown to be flawed, and the subsequent confusion led some individuals to misinterpret this as evidence of a low likelihood of infection and vindication for not wearing a mask. Even though these research papers were quickly debunked, the sensational ideas they supported spread throughout public channels, ultimately contributing to acts of racism and discrimination, as well as behaviors known to facilitate the rapid spread of SARS-COV-2.

We don’t mention these events to discredit prepublished servers; they are immensely valuable. However, it’s important to keep in mind that while the tone and format of prepublished articles look the same as peer-reviewed work, the two are fundamentally different. There’s a knee-jerk reaction to place a high level of trust in all academic reports and think of them as fact. In reality, preprints should be thought of as a glimpse into the earlier stages of testing a hypothesis, where some initial conclusions may prove wrong.

As if the new academic landscape of scientific communication wasn’t enough, additional contributions from mass media and industry have led us to collectively realize that staying informed on the science is even more complex than originally thought. The media and scientific communicators, speaking on behalf of companies and organizations, have been adding additional perspectives, including reports about the inner workings of our medical institutions, rundowns on related governmental decisions, and advances originating from industrial researchers. In total, this amounts to an incredible amount of published information, produced at an unheard-of pace.

Right now, we’re all realizing just how much there still is to learn about viruses, diagnostics, and treatments, while having to re-train ourselves to assess our relative confidence in new information to value it appropriately. Whether you have a Ph.D. in virology or no scientific background at all, it is a formidable task.

On the bright side, we have a lot of resources to draw on, and we now have greater access to premium scientific information than ever before. In addition to preprint servers, which have historically all been open access, pricey academic journals and other gated publications are making COVID-19 information freely available. It’s difficult to imagine that this practice will not lead to a general increase in open access scientific publishing down the line, simply because folks have become more accustomed to it.

Additionally, those who want to immerse themselves and even interact with researchers can attend any number of virtual conferences and webinars. The barrier to attend and organize these kinds of virtual events is low, meaning that anyone who is interested can participate with relative ease compared to in-person events. Virtual practices that increase access are not likely to go away any time soon. After all, how could we go back to the way things were, where a person’s ability to be involved in the research community was directly proportional to their pedigree and bank account. Now, many more individuals, full of enthusiasm and fresh ideas, are now able to join in the conversation.

If preprint servers and media statements are an expedited way to communicate science, social media is a direct line into the thinking of scientists and the public alike.

To some degree, most of us have become armchair epidemiologists during the pandemic, absorbing whatever information we can find and trying to interpret it to the best of our ability. This tendency is often harmless, but at times breeds the seeds of misinformation when intellectual trespassers, emboldened by expertise in a different area, pass judgment on issues beyond their training and competence. These individuals speak with undue authority, spreading damaging falsehoods and even conspiracy theories. Amateur theories get amplified by social media, leading these platforms to earn criticism from the World Health Organization as playing host to the “infodemic. ” Therefore, experts have had to work to counteract this phenomenon by using social media to share evidence against misinformation and to help accurate information spread more effectively.

Researchers, health organizations, and government bodies have turned to social media platforms and other non-curated platforms, like personal blogs, to share trustworthy articles, respond to public comments, and explain misconceptions. Some science communicators have had to learn what it takes to go viral by using plain language and even humor to disseminate key information in a format that members of the public will want to check out and share with others. Social media, particularly Twitter, has also allowed scientists to share research, results, and protocols with other scientists in real-time, hastening the pace of discovery and progress in the face of the virus. Because in-person conferences have all been canceled, people’s ability to communicate within a field has been somewhat muted. In response to this, some researchers have also taken to Twitter to present research posters as they would at conferences in the pre-pandemic era.

Beyond simply asking scientists to log on and shout into the void, efforts are also being made to initiate real dialogue. Thousands of scientists have volunteered to speak face to face with members of the public using Skype a Scientist, a platform that enables classrooms, families, and informal groups of children or adults to learn about a scientific topic of their choice. Users get to experience first-hand that scientists are just like them; thoughtful but not all-knowing, dedicated to research but also regular people with regular lives.

So, what can we do to home in on resources that will be most useful for navigating the pandemic? Before solidifying an opinion and sharing it with others, we must look at everything we read with a critical eye to evaluate trustworthiness and identify misleading information. Recent research suggests that people are better at debunking misinformation when they’ve been primed to consider its accuracy. For this reason, it’s useful to set aside some time to consider the believability of everything you read, listen to, and watch. Perhaps most importantly, leave your own biases and expectations at the door. When we think we already know an answer – or even when we’re just hoping to finally get some good news – motivated reasoning can act like rose-colored glasses, altering how we interpret or misinterpret, the information we take in.