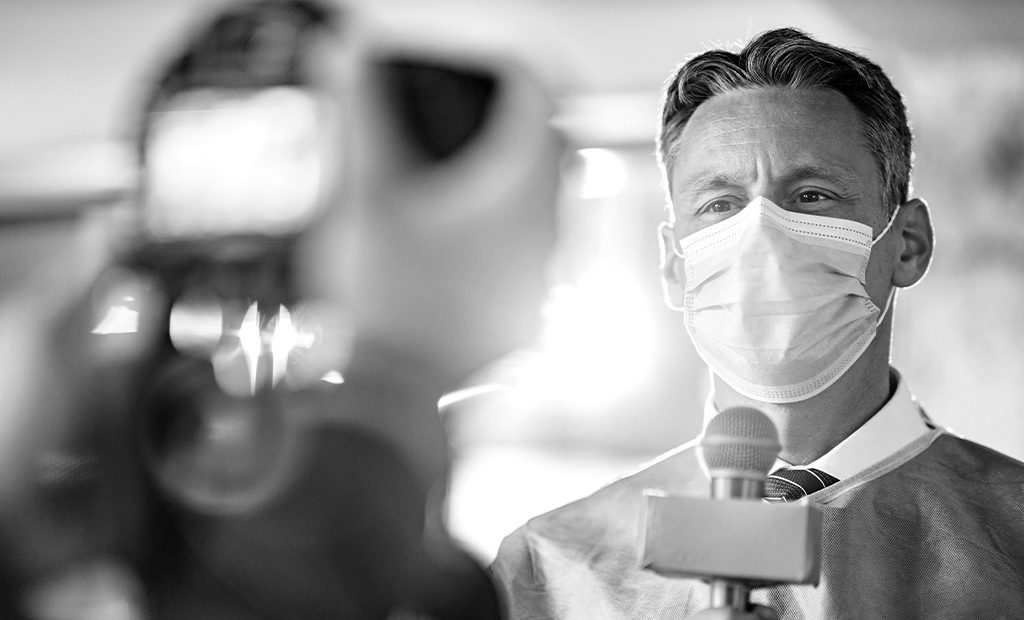 At first glance, 2020 should be the year of the scientist. A virus brought the world to its knees, and we all need new tools to study, diagnose, prevent, and treat the disease it causes, COVID-19. We should be uniting under the umbrella of this scientific research, taking advice from health experts on how to prevent the spread of SARS-CoV-2 by wearing masks, and getting immunized when a vaccine becomes available.

Sadly, this year has instead served as a new inflection point in the challenge of gaining broad public acceptance of science. While scientists have long enjoyed the privilege of tinkering away in their laboratories without interruption from public onlookers, the growing role of technology in public life has created a scenario where we can no longer afford to ignore consumer fears around it. A vaccine stand-off looms, with concerning reports that just 50 percent of Americans plan to get a COVID-19 vaccine. The “why” behind people’s growing resistance to scientific innovation is incredibly complex. Yet, recent examples provide clues on how companies can address it. Time to learn from past mistakes and quickly prepare a new strategy!

Insights from Other Sectors

The resistance we see now to government guidance and unfamiliar technology is not unique to the COVID-19 pandemic. These kinds of public debates are happening in many scientific fields. As a critical example, there remains a growing fear of genetically modified organisms (GMOs) among the public that will likely continue well after the virus is gone. Just as vaccine hesitancy makes it more difficult to stop SARS-CoV-2, fear of GMOs threatens to derail the agricultural industry’s progress towards strengthening our food supply chain. In an industry that depends on GMOs to survive – where 90% of our corn and soy comes from GM varieties – farmers are getting frustrated with the growing anti-GMO movement.

In her recently published book, Hungry: Avocado Toast, Instagram Influencers, and Our Search for Connection and Meaning, Eve Turow-Paul* explores the modern psychology of food production and consumption and addresses the fear of GMOs. In the book, a farmer asks her, “why are Millennials willing to eat at Chipotle – whose food has killed people – but won’t eat GMOs, which haven’t killed anyone?”

To be fair, as Turow-Paul correctly points out, Chipotle’s food hasn’t killed anyone, though it has caused extra horrible trips to the bathroom for some of their burrito-eaters. However, the point stands: Despite the lack of evidence that GMOs are harmful to humans, half of the shoppers across the world now make purchasing non-GMO products a priority. Most young people perceive GMOs as less healthful than their non-GMO counterparts. The anti-GMO sentiment is so strong that you can find non-GMO labels on everything these days, even on foods where no GM alternative exists (e.g. oats) and on products that never contained genetic material in the first place (e.g. salt and water).

If these fears continue to spread, they could damage the AgBio industry while it tries to fortify food supplies and prevent our economy from collapsing as a result of climate change.

So, how did we get here? Why are people so afraid of something that we rely on to keep us fed and healthy?

A Lack of Understanding

Turow-Paul argues that the non-GMO movement is not simply a result of science denial; rather, it’s a result of people simply not understanding what a GMO is. For example, in a 2017 poll from Michigan State University, more than a thousand Americans were asked if it were true or false that ‘genetically-modified foods have genes and non-genetically modified foods do not.’ 37 percent of respondents marked “true.” Think about that for a moment.

At the same time, Turow-Paul explains that our most basic human need is the feeling of personal safety, which happens to be something we all struggle with when deciding what to put in our bodies. Consequently, ignorance about GMOs and other technologies breeds angst and distrust towards the companies, scientists, and government bodies that are creating and promoting them. At a time when distrust in major institutions (including food manufacturers) is already at or near an all-time high, people are not going to readily accept more foreign concepts, like GMOs, without a change in how these institutions talk about them.

Many want government, lawmakers, and scientists to step in and help keep us safe, particularly when dealing with issues that require nuanced and detailed understanding for proper judgment. However, when these authoritative groups all work together to promote a concept (like modifications to the food we eat, or say, wearing a mask to stop the spread of COVID-19) without effectively communicating its science, safety, and importance, the very human distrust of consolidated power takes root via the fear of the unknown. Furthermore, when complex science is misrepresented in the media or questionable incentive structures become known, public trust in these institutions is further eroded, and people begin to resist innovation.

This process also plays out in the anti-vaccination movement and is endangering our efforts to stop COVID-19.

The Cost of Doing Nothing

The United States currently ranks 114th in the world for measles-mumps-rubella (MMR) vaccination rate. According to medical researchers at Johns Hopkins University, the MMR vaccine rate among 1-year-olds is about 92%, which is not high enough to maintain herd immunity.

The majority of vaccine-hesitant parents aren’t avoiding vaccines due to strict religious boundaries. Rather, they’re resisting vaccines because, like GMOs, they’re an unknown entity. They don’t have a firm understanding of what vaccines are, the science behind them, or how beneficial they can be. Meanwhile, people are confronted by other parents and influencers on the internet who present them with conflicting information about vaccine safety and the seemingly perverse motivations of the government and the pharmaceutical industry. In the end, they go with what appears to be the safest option at the time: skipping or delaying the vaccines.

Tara C. Smith Ph.D., an epidemiology professor at Kent State University, recently wrote that “Many of the arguments [against vaccines] focus on areas of distrust in medical science. They advance the notion that vaccines are ‘unavoidably’ dangerous because of nebulous ‘toxins’ introduced into the body via vaccination.”

As with GMOs in their own bodies, parents must decide whether they want to trust governments, private companies, and a body of scientists that promote the introduction of unfamiliar substances into their children’s bodies. Without better communication, some parents will continue to fill in the gaps with whatever makes sense to them based on what they hear from a friend or read on the internet.

According to Dr. Smith, “many [influencers] argue that children are purposely ‘poisoned’ via vaccines because it benefits the bottom line of ‘Big Pharma’ and the physicians pharmaceutical companies work with.” That might sound crazy. However, when you combine already high levels of distrust in major institutions, the government-mandated bodily injection of difficult-to-understand “foreign substances,” and inadequate science education, you’re going to get resistance to vaccines. In the end, this behavior may cause the return of diseases like measles on a broad scale and hinder the mitigation of COVID-19. This is even more true if those institutions and experts work to shame and condescend more than they educate and explain.

There are many examples where a lack of consumer and patient trust negatively impact technological efficacy, but the point is this: to fix it, companies need to be more transparent about their processes and faithfully engage with the public on the basis of sound science.

Here are six commitments companies can make to restore trust with consumers and patients, with examples of how they have been carried out well:

With clearer communication and greater transparency, consumers and patients might begin to trust companies more, rather than turn away from them. A strong commitment to outward communication has the potential to provide individuals with what they have been looking for: a better sense of product safety. From there, companies can further innovate and deliver on their promises to create a safer and healthier world.

If you’d like to discuss how we can help you gain the trust of your target audience through clear communication, contact us.

*Disclosure: Ben Marcus Ph.D. and Eve Turow-Paul are cousins. Neither the author nor CG Life have received any form of compensation from Eve Turow-Paul in relation to this article.